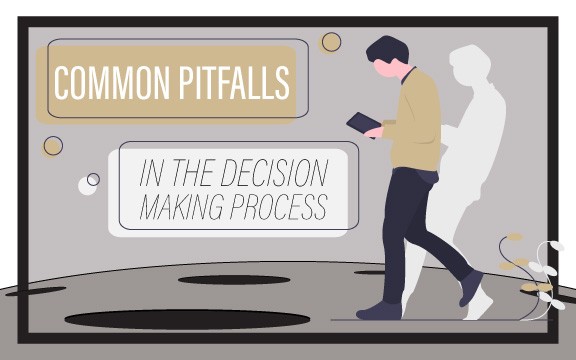 Some business decisions are simple — we make them without much thought or deliberation and carry on as normal. Other larger decisions such as new ventures, expansions, acquisitions, and strategies come with the potential to be a game-changer for our organizations. These decisions carry a heavy weight of uncertainty and risk.

Even when big decisions require us to be quick to avoid being left behind, it’s critical that we maintain the discipline to give our businesses the best chance for success. It is common to make a decision and then wonder how the conclusion was reached. That’s a scenario we want to avoid as much as possible.

Pressure to perform, grow and manage day-to-day activities can make decision discipline a challenge, but this discipline is what can help organizations maximize the potential to capture the upside of growth opportunities and minimize risk. This type of decision making can be made easier with the development of a framework; however, even with a more strategic approach, there are many pitfalls decision makers must consider. These pitfalls have the potential to bias our data and affect the results of our analysis. By better understanding these pitfalls and how they affect the decision making processes, you can increase your odds of success and the precision of your analysis.

The Status Quo Trap – The decision maker is biased toward options similar to the current situation.

The most straightforward example of the status quo trap is when a person is put into a situation they would not have put themselves into otherwise. Because they have arrived at this situation, they maintain the status quo. For example, assume you were gifted a stock that you would never purchase on your own. Maybe it is too risky or just doesn’t fit your portfolio. Research has found that in these situations, people become comfortable with their surroundings and avoid taking action, even if it is in their best interest to sell off the stock. A similar example would be if your company recently underwent an acquisition. The organization your company purchased possesses assets that your company would not normally invest in. It may be easy to simply maintain the status quo even if it doesn’t strategically align with your company’s assets.

The Framing Trap – When options are presented in ways that can change perspective.

The following are two insurance plans. The first plan reads, “You can save 1 of your 3 assets if you are to lose them to a fire.” The second plan reads, “You will lose 2 of your 3 assets in the event of a fire.” Upon inspection, it is easy to see that these plans protect the same amount of assets; however, research has shown that people favor plans worded similar to the first option. Why? Because it is framed in a more positive light than the second option. How you frame a particular decision or result can ultimately affect your analysis around that decision.

The Anchoring Trap – The decision maker gives disproportionate weight to the first information received.
If I were to ask you if the population of Turkey is greater than 35 million and then follow the question up with telling you to give me your best guess of the population of Turkey, your answer would be biased because of the mention of 35 million in the first question. Research has shown that adjusting the first question to be above or below a certain number will influence a person’s attempt at the second question. Whether it is right or wrong, we are anchored to the data we have seen.

The Sunk Cost Trap – The decision maker makes choices to justify past choices.

Past choices should not impact current decision making. Unfortunately, this may be one of the most common pitfalls. You have made an investment that has turned out to be a bad decision. What are your options? You can sell it off at a loss to re-invest in other assets, or you can give it more time to recover what you have invested. The fallacy here is that the money lost should not impact your analysis of what is most profitable for your company moving forward.

Confirming Evidence – The decision maker seeks out biased advice or information that supports an already held particular option or opinion.

Let’s assume your company is getting ready to make a significant investment in an asset. However, it is your belief that there is an economic event that may happen that could greatly affect the profitability of this endeavor. You also know that one of your company’s key clients was thinking about expanding but chose not to proceed. Knowing this, you call up your contact at this company which confirms your suspicions; they did not expand because they thought similarly to you. While there is nothing wrong with this line of thinking per se, what you did was seek out only the information you thought would confirm your existing hypothesis.

Another decision making trap is the gambler’s fallacy. This is where a person ignores probabilities within data because of events that have happened in the near past. It is called the gambler’s fallacy because it is easily applied to gambling. For instance, suppose you are playing blackjack and the dealer gets 21, or a blackjack. It is common that a gambler may believe the odds of the dealer getting a blackjack in the next deal is lower “because they just got one.” This is, of course, statistically inaccurate as the dealer’s probability of getting a blackjack is the same each hand.

This pitfall can be seen in the business world as well. Indeed, I have heard people in the agricultural industry reference weather patterns using this fallacy, claiming that because a certain event happened in the recent past, it is unlikely to happen again this growing season or business cycle. This type of bias could change the outcome of a strategic decision for a firm. Awareness of these decision making traps in the business world can better help decision makers choose the most beneficial options for their businesses, avoid risk and increase their odds for success.

Disciplined decision making doesn’t come easily and must be practiced. The Center for Food and Agricultural Business will host the Strategic Decision Making program September 21-23, 2021 to guide participants in making the best possible decisions to move their company in a successful direction. Participants will learn to utilize frameworks to clarify impactful decisions, understand alternatives and manage risks involved to increase the probability of success. Have a specific decision you’re facing? Participants should bring it with them for one-on-one coaching with program faculty!

How to Tighten Your Grasp During Industry Shifts

There’s no double that the ag and seed industries have experienced major changes over the last 5-10 years, with the last two years greatly accelerating these changes across all levels. Mergers, acquisitions, cost saving initiatives, the pandemic and much more have impacted our daily operations. With such a dynamic and fluid marketplace, it can be difficult to make sense of these shifts; however, those who don’t attempt to keep up can quickly be left behind.