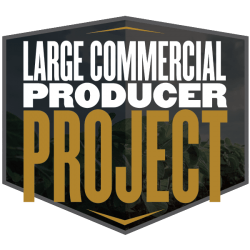 Editor’s note: Dr. William Secor is an economist for CoBank and a former clinical professor with Purdue University’s Center for Food and Agricultural Business. He played an integral role in the 2017 Large Commercial Producer Project during his tenure at the university.

Product performance and price are the most important attributes for most farmers when it comes time to buy crop inputs. For different types of inputs, the ranking of these two may change, but both beat out supplier relationship for most buyers.

That said, it’s important to note that relationship is still most important for a sizable segment of farmers.

This data allows farm suppliers to better create value for farmers by segmenting them. Delivering and communicating the right benefits to the right segments is a win-win for farmers and their suppliers. On average, across all products, approximately one in five farmers value relationships over price and performance. Just under half of farmers place performance ahead of price and relationship. The remainder (just over a third) prioritize price over performance and relationship.

Shifting gears to dealer and retailer attributes, we see similar patterns. Four areas are important for crop farmers when selecting dealers and retailers: service quality, service availability, past supplier experience, and salesperson relationship. The most important was service quality, with over half of respondents ranking it their top priority. Service availability (52 percent first or second priority) and past supplier experience (39 percent first or second priority) both rank ahead of salesperson relationship, which comes in fourth with 30 percent of respondents ranking it first or second.

These results also mesh with responses from a related question in this year’s Large Commercial Producer Survey that asks why a farmer has changed suppliers. Prices were the most common reason followed by service problems and a change in staff or salesperson. When working with farmers, agricultural dealers and retailers should focus on these attributes as key areas of focus and differentiation.

Check out our upcoming programs and exceed your professional development goals! Position yourself to excel in your career by attending one of our professional development workshops. Each educational program focuses on different business topics and concepts related to the agribusiness industry you serve, including: marketing, sales, finance, talent management and strategy. Not sure which one is right for you? Let’s chat!

As salespeople, we thrive on building relationships, expanding our network, interacting with our customers and growing our business. I don’t want to say it’s the thrill of the chase, because I hate the analogy that customers are to be preyed upon. Each and every one of our customers is more than just a number to us — they are a face, a name, and a story with a family, goals and desires. We don’t secure a new customer and call it a day. Securing a sale marks the start of a new (or renewed) relationship.