The Second Generation of Strategic Agri-Marketing

In an industry where family values and passion are the driving forces behind the productivity and fortitude of American agriculture, responsibilities tend to be passed down from generation to generation. This tradition has been a typical standard both on the farm and in family agribusinesses, but one special instance lies in academia and professional development tailored to agribusiness in the Funk and Downey families.

Today, Dave Downey and Tom Funk and are widely-known experts across the United States, Canada and even the world. Their collaborative success stemmed from their development of a Strategic Agri-Marketing program for agribusiness professionals. This innovative program and their respective professional roles are now in the capable hands of their also now widely-known sons, Scott Downey and Justin Funk. This unique story of intergenerational success parallels that of many in traditional agriculture. 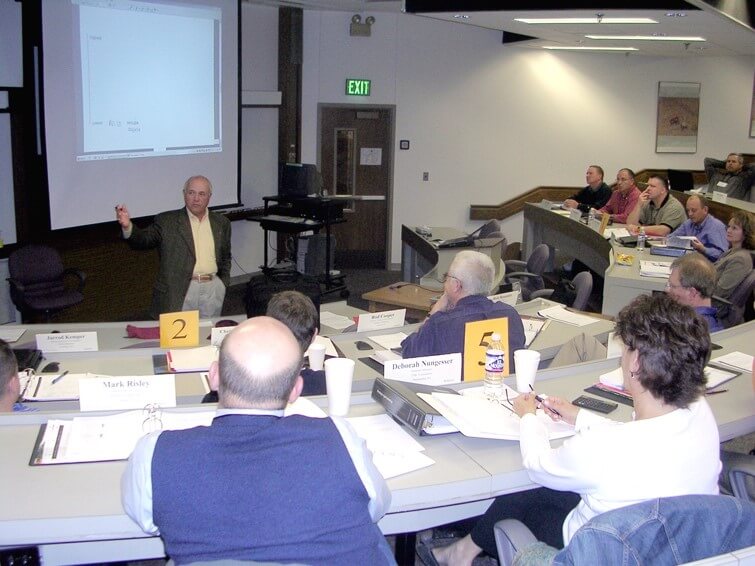 In the late 1960s, Dave Downey and Tom Funk met as PhD students at Purdue University where they unknowingly set the stage for a future professional partnership. After finishing his PhD, Tom took a position at the University of Guelph in Ontario, Canada, while Dave planted roots in the Purdue University Department of Agricultural Economics. Despite different geographical locations and career paths, their similar interests kept them in touch.

Throughout the 1970s, Tom worked to design courses for agribusiness professionals through the University of Guelph’s continuing education program and his company, Agri Studies, Inc. While these courses cast a wide benefit to agribusiness professionals in Canada, Tom knew this touch could further extend. He believed these courses could be of particular interest to Purdue, so Tom reached out to Dave who agreed that together, they could implement them in the United States. After alterations to fit the U.S. market, the Strategic Agri-Marketing professional development program was born and taught in partnership by Dave and Tom in the early 1980s. 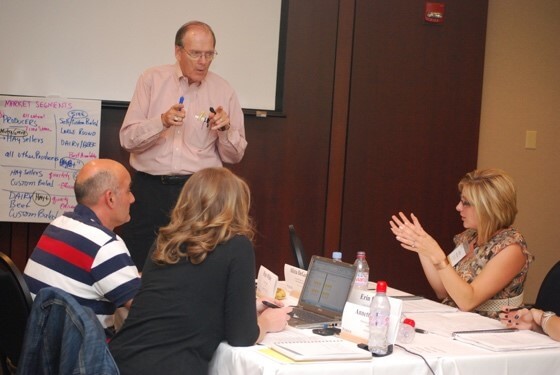 As agribusiness professionals across the industry continued to catch wind of the program, Dave and Tom continued developing, growing and promoting. The duo credits the initial success of the program to the balance that their partnership brought to the table. Tom was analytical and data-focused. He wrote excellent agribusiness case studies and provided high-quality, research-backed information to the industry. Dave enjoyed relationship building opportunities that presented themselves through programs. He brought value through his extensive expertise and trailblazing efforts in agribusiness sales and marketing. His anecdotes and humor were also known to increase engagement from participants.

The pair knew the industry faced a vital need of continued education and development, and their sole focus was to utilize their capabilities to bridge the gap and provide resources to agribusiness professionals. Strategic Agri-Marketing was serving the industry well, but Dave became aware of the lack of training on other business topics and concepts specific to agribusiness. He began to envision multiple programs featuring different business areas and ways he and Tom could better reach a broader audience. In 1986, Dave put his vision into practice, founding the Purdue University Center for Food and Agricultural Business. The Center began offering open enrollment programs in a variety of areas that appeal to agribusiness professionals in multiple fields, as well as custom programs specifically tailored to an organization’s needs.

While the Center for Food and Agricultural Business and Agri Studies, Inc. were growing and seeing increased success, so too were Tom and Dave’s sons, Scott and Justin, and their interest in agribusiness.

Scott Downey distinctly remembers playing in the halls of the Agricultural Economics building and pressing the at-the-time old, orange gel-filled buttons to ride the elevator while his father spent time in his office. Back then, neither of them knew Scott would one day work just a floor above that old workspace and teach the same undergraduate classes and professional development programs as his father.

Scott recalls his first job running a newspaper route as a young boy. When his father would ask him about his earnings for the week, Scott never seemed to remember where they had “disappeared”. Dave decided to take concepts from financial programs being taught in the Center and implement them with his son. He began having Scott create newspaper route financial statements before he was a teenager to keep track of his funds. Perhaps it was then that Scott’s interest in sales and marketing began to truly develop. Scott went on to receive his bachelor’s and master’s degrees and work in the financial services industry for 14 years. His interests eventually led him back to Purdue where he received his PhD in consumer behavior and decided to plant roots. Scott is now the director of the Center his father started over 35 years ago and a professor in the Department of Agricultural Economics.

Justin Funk grew up in a similar capacity, observing his father’s passion and dedication to helping agribusiness professionals create value for customers through education, marketing research and strategic planning. From a young age, Justin inherited a deep-rooted love for helping agribusinesses grow to be more successful. Like Tom, Justin went on to teach courses at the University of Guelph and took over for his father as the managing partner of Agri Studies, Inc. Now with almost two decades of experience in the agricultural industry, Justin develops and delivers courses and programs to help agribusiness professionals from all over the world add value to their organizations. 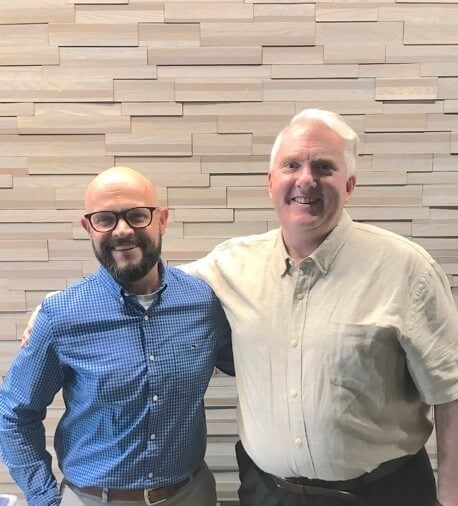 Justin Funk (left) and Scott Downey (right) pose for a picture while teaching in Strategic Agri-Marketing, 2019.

Scott and Justin began learning the ropes of the Strategic Agri-Marketing program in 2013. In 2014, after 25 years of teaching the program, Dave and Tom decided it was time for the second generation to take the lead.

“By the time Dave and I stopped teaching in the program, we were both ‘long in the tooth’ and probably twice the age of our audience,” said Tom. “It was time for a change, and totally coincidental that both of our sons were in a position to take over.”

Dave and Tom were confident they were leaving the program in capable hands. This shift in power marked an important milestone for the program and each individual’s career. The second generation of leadership made changes and improvements to the program, adapting it to an evolving marketplace and generation of agribusiness professionals continuously working to address new challenges and disruptions.

Tom, Dave, Justin and Scott can all agree: being part of a program with two generations of dedicated, talented involvement is truly something special. The valuable array of skills, abilities and personalities each of these men brought to this partnership has been essential to the success of their collaborative work. Their efforts have made them well known and respected in the industry. True trailblazers, both generations attribute their success to the friendships they have developed and the power of passing the torch.

“I have no doubt Scott and Justin will continue making waves,” remarked Tom. “I expect them to have the same success over many years that Dave and I were fortunate enough to have.”

“There is an immense pride in seeing your son do something that you used to do, and doing it better than you did,” said Dave. “This second generation is something special, and I am excited to see how they will continue to succeed going forward.”

While they may have followed in their fathers’ footsteps, Scott and Justin continue to leave a unique footprint wherever they go. Learn more from Scott and Justin by registering here for the upcoming online Strategic Agri-Marketing program October 5-8, 2021.

Marketing is more important now than ever before due to the increased visibility and availability of all brands. Many popular brands use nostalgia to induce a feeling of reliving the “good old days” to persuade consumers into potentially buying their product. Large, recognizable companies believe using nostalgia provides them the opportunity to shape their own narrative around their longevity and display their trustworthiness as a brand, thus giving them an advantage over their competition.

One of the cool things I get to do in my role as a professor today in sales and marketing is work with sales organizations all over the world. Hearing some of the challenges these organizations face nearly daily gives me, I think, a unique perspective on trends. When I see repeated issues arise, it prompts me to identify tools researchers in the area of sales and marketing have explored that may be relevant to what is happening in the real world, but this isn’t always the case. Sometimes academia follows the real world rather than leading it, but research about sales in one industry often applies to what happens in others. The trends I’m observing right now may fall into that category.