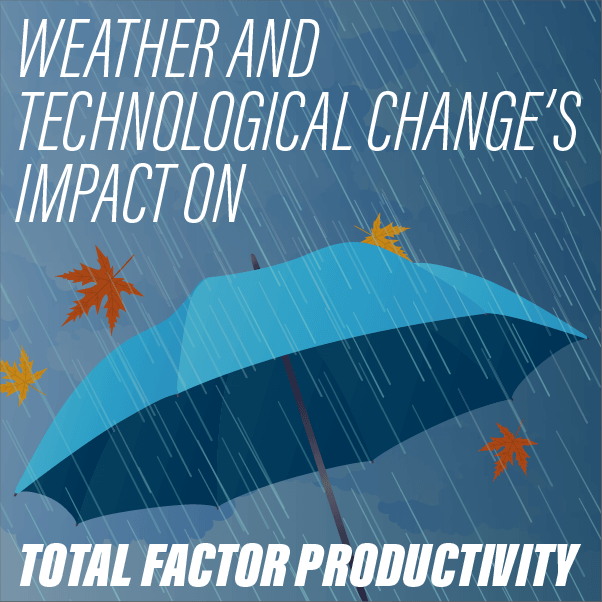 Total factor productivity (TFP) is a measure of economic efficiency and is commonly measured as the ratio of outputs to inputs. The higher the TFP, the more product is created for a given level of inputs. For farmers, this means that the higher their TFP, the higher their yield will be for the same levels of acreage, fertilizers, insecticides, labor, machinery, etc. This article aims to explain changes in total factor productivity growth of the agricultural sector by attributing it to weather, as well as technological change and adaptation.

The authors use mathematical programming techniques on state level data for aggregate inputs and outputs of agricultural products in order to calculate the efficiency of a given state each year. At the same time, the authors are able to calculate the most efficient possible combinations of inputs for given levels of outputs in a given year. This is known as the “best-attainable agricultural production frontier”. Every year, each state is given an efficiency rating from 0 to 1, where 1 is the most efficient possible and would indicate that the farmers in that state are operating on the productivity frontier. Technological change is what moves the frontier, and the speed at which farmers move toward the new frontier after it has moved is referred to as adaptation.

The authors find that weather has a small but important impact on productivity growth, which is counter to previous findings. Liang et al. (2017) found that 70% of the variation in productivity growth can be attributed to weather over the 1981-2010 period, and that weather has had an increasing effect compared to earlier periods. By accounting for the random nature of farming, the authors of this study found a much smaller, but still noticeable, effect of weather.

What this means for Food and Agricultural Business

Technological advancement is the key driver of productivity growth, and further innovation will be needed to continue to drive future growth. As weather and technological change is out of farmers’ control, the findings of this study indicate that farmers trying to increase their productivity should focus on adapting their farming methods to advancements in technology. Farmers located in the Northern or Southern Plains regions may be especially keen to better adapt to new technologies so that their productivity growth may better compete with that of other regions. 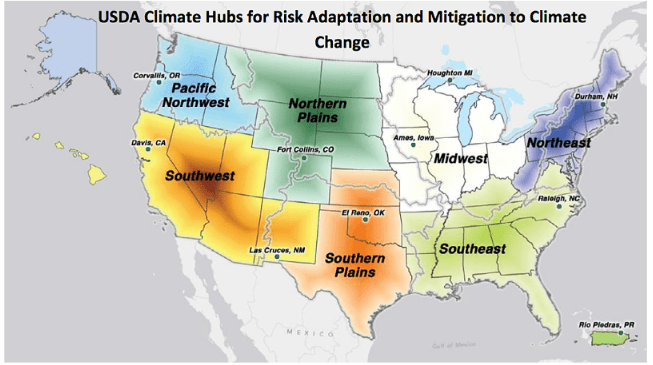 USDA Regional Hubs for Risk Adaptation and Mitigation to Climate Change available at https://www.usda.gov/oce/climate_change/hubs/USDAHubsFactsheet.pdf, accessed on 18th of September 2020. 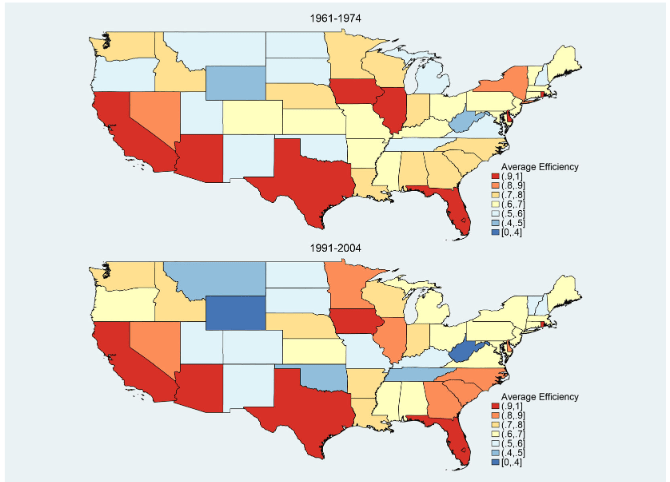 Cultural Impact on Mobile Banking Use

Technological advances are being made in many areas such as big data, biotechnology, robotics and machine learning, just to name a few. These technological improvements have trickled down into everyday life in the forms of widely available internet connection and cell service. Any piece of information can be accessed by a few clicks of a mouse or a few swipes on a phone. Mobile banking is no exception, and it has the potential to become a standard business practice. Mobile banking still lags behind other forms of technology in terms of adoption as some people still prefer to use other means such at Automated Teller Machines (ATM) or drive through banking. However, the rate in which people are adopting mobile banking is increasing rapidly.

Using an omnichannel strategy has been understood as a potential next step after a multichannel strategy is implemented. The multichannel strategy employs many channels in which customers can choose to interact and buy from a supplier. It also has the potential to benefit companies in gaining access to new segments of the market or even interacting and selling more often to already existing customers; however, the omnichannel promise goes much further. Omnichannel marketing proposes an integration of different channels (distribution and communication channels) to offer a smooth and satisfactory customer experience journey.

Using Technology to Address Farm Labor Shortages – Effective or Not?

Economists have always been interested in the interactions between capital and labor. In a recent paper in the American Journal of Agricultural Economics, Drs. Diane Charlton and Genti Kostandini exploit the enactment of 287(g) immigration policies to estimate the impact of labor shortages on technology adoption and productivity of U.S. dairy farms. Their results provide key insights into the extent to which technology can compensate for shortfalls in farm labor.