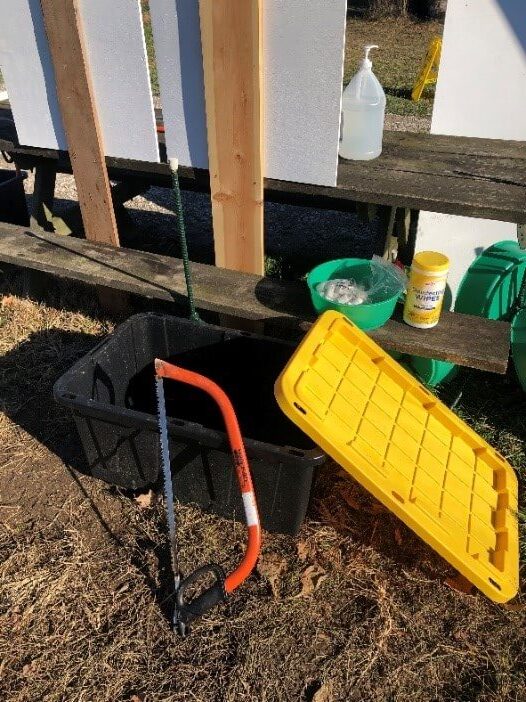 In the U.S., the time period between Thanksgiving and New Year’s Day is characterized by indulgence … well, more like overindulgence. We recently published a paper that documented holiday-related behaviors from eating habits, to making New Year’s Resolutions to better our eating habits, to how much we spend on various gifts and special meals. Our recent Purdue University press release drove home the disconnect between what we actually do and what we say we’ll do when it comes to health-related behaviors. Without a doubt, the holidays are a special time; we behave differently and make different choices than we would normally.

Admittedly, 2020 has been different. Our usual holiday behaviors, traditions and celebrations have been influenced — or cancelled entirely — by the ongoing pandemic. While the winter holiday season is the most talked about, we really kick off the season a bit earlier with the costumed candy binge (aka Halloween) of late October. However, in many cases, the ‘usual’ has been replaced with something new or different this year. Thus far, our investigations into online holiday sentiment have revealed that overall sentiment has remained positive, yet different.

#Halloween revealed an online net sentiment of 81% (on a scale of -100% to +100%), which was nearly the same as the 2019 sentiment of 78%. Screening top posts revealed many residents found alternative Halloween plans revolving around distancing, staying at home with family and/or finding positivity in the festivities even though they were referenced as “different” or “adapted” in many cases.

For many, the December holidays are a distinguished time for large family gatherings rooted in religion and tradition. But again, December 2020 is different. We need to adapt as consumers and members of society, and businesses need to adapt too. For example, even our family tradition of obtaining a Christmas tree was modified for the current conditions.

While we went to the same tree farm, and we were the same family hunting for the perfect tree, there was no hanging out inside a barn (or any structure) with strangers like we’ve done in years past. The décor was even different with snowmen encouraging masks and social distancing. Among these changes, there were some aspects that were perhaps better. It was nice to receive a freshly sanitized and sap-free saw to use that was dipped in a vat of sanitizer and dried in the sun prior to us picking it up.

And on the flip side, there were some aspects that were simply just not what we’ve been used to in prior years, such as the numerous signs reminding us to mask up and stay distanced that previously would have wished us a Merry Christmas or Happy Holidays. While our eyes normally would have been set on scoping out the perfect tree, we had to pay close attention to our surroundings, ensuring our distance from others instead of sharing a cup of hot cocoa in the barn and chatting about upcoming holiday plans with others.

Photos were taken with permission by Nicole Widmar at Cassens Trees in West Lafayette, Indiana on November 28th 2020.
* Proper mask wearing would cover both nose and mouth, although this seems admittedly difficult for a snowperson.
** For those into snowperson trivia, recall that Frosty the Snowman’s nose is actually not a carrot, but rather a button.

Signage didn’t make our experience any less of a good one; however, it did alter the experience we were used to having. We as human beings don’t always do well with different, and change is hard. It’s emotionally costly and we tend to avoid it if and when we can. But right now, we can’t. Adaptation has been crucial for businesses in 2020. Even farm businesses like Christmas tree farms with wide open spaces were forced to reinvent their processes from how they share equipment among guests to how they collect payment without putting employees and visitors in close quarters.

What will change in New Year 2021? Will we ‘change back’ to what we remember as normal, or will we evolve and discover a new normal? Consumer (and, well, human) behavior in 2021 is full of questions yet to be answered …