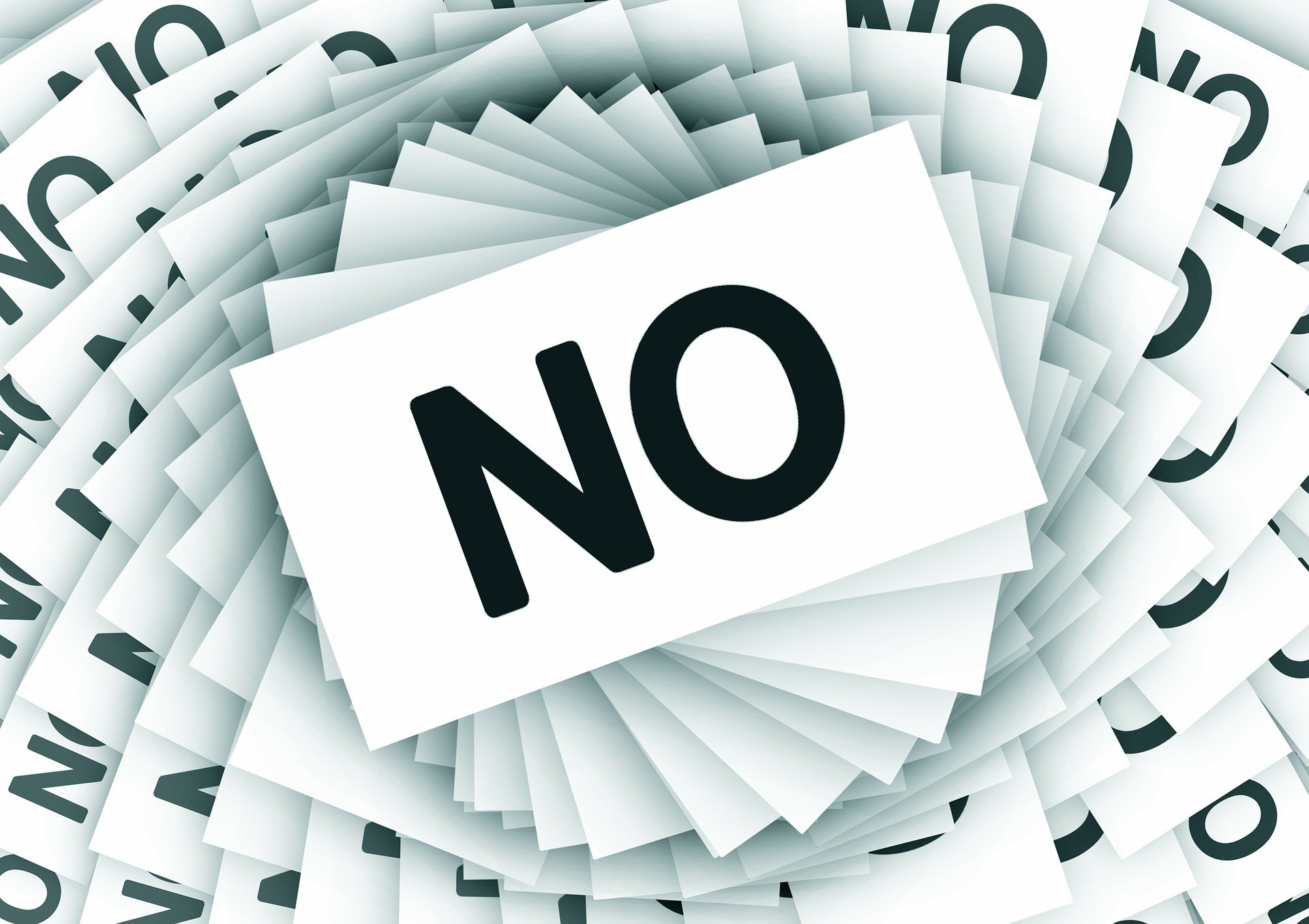 No. That’s it. That’s the whole title. Offended? Potentially you are. We are not often feeling too gracious or kind when we are told no. Children are at least honest about their displeasure at being told no. They don’t like to hear no, and they make sure you know about it. Adults have much worse learned behaviors, like the previously explored inability to stop digging when standing in holes of their own making. Adults pretend, try to smile through, or (gasp) manipulate … I mean help … to enable the giver of the no to change their answer to a yes by sharing things like, but not limited to:

Now, responses from the giver of the no could then rightfully include:

We know from Megan LeBoutillier’s book “No is a Complete Sentence” that “no” is a complete sentence. Actually, the fact that Megan LeBoutillier had to write a book about it would suggest that perhaps we know, but we don’t really know. There are a lot of sayings intended to help us say no, but it seems we have not internalized them. We have lots of advice to help us remember tradeoffs … “When everything is a priority, then nothing is a priority”, or “Saying yes to something is saying no to something else.”

No is really important for our own productivity, in work and in life. Note that there is a difference between productive and busy; you can say yes to everything and be extremely busy. But once you’ve done that, are you actually productive in anything (or happy for that matter)? In her article This is Why Saying ‘No’ Is the Best Way to Grow Your Career – and How to Do It, Amy Blaschka wrote, “Billionaire Warren Buffett, the chairman and CEO of Berkshire Hathaway, has a theory on this subject worth exploring: “The difference between successful people and really successful people,” he says, “is that really successful people say no to almost everything.””

Certainly, the business and leadership worlds have coalesced around the notion that no is important. Yet, we continue to struggle, so I ask you … if this isn’t a big deal, isn’t a big ask, and is no big deal, then why are you being asked to do it? And more importantly, why do we struggle so much to say no to such a ‘great opportunity’?