Probability is Different Than Propensity 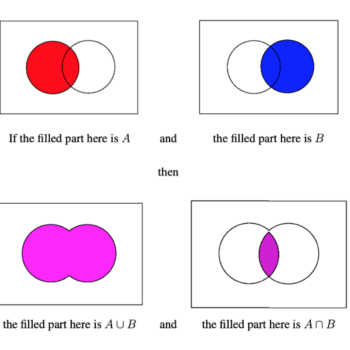 Probability.  It’s a noun, and from dictionary.com, we know probability is “the extent to which something is probable; the likelihood of something happening or being the case.

” It’s also “a probable or the most probable event” and in a subheading for mathematics, we get “the extent to which an event is likely to occur, measured by the ratio of the favorable cases to the whole number of cases possible”.

No wonder we aren’t so great, as humans, in understanding – and especially in interpreting and internalizing – probabilities.  It’s definitionally confusing, and that’s before we introduce phrases like “in all probability” which apparently (but not clearly) means that something is very likely.  Now, right here we have an issue … in all probability, taken at face value, feels like we’re saying ALL.  All would mean 100%, correct?  That is not the same as very likely; that’s certainty.  Yet, we say things like “in all probability” and then we generally stink at talking about, using, or internalizing probabilities anyway (so, perhaps the phrases aren’t our only problem).

Revealing my own biases, I will posit that probability, as I commonly think of it, is simply a statement such as “the probability of outcome a, given b, is c.”  I think I prefer probability in the Everything Is Just Math sense, simply because it’s simpler. But the interpretation of probabilities, not in the sense of how you do the math but more in the conceptual and philosophical sense, have been debated historically.  This is not a new problem that we’ve developed but rather one that we’ve simply maintained.

Steven Pinker tackles probability versus propensity in his book Rationality What it is. Why it Seems Scarce.  Why it Matters.  In that book Pinker delves into the Monty Hall Problem, which he also explains in detail in Why You Should Always Switch: The Monty Hall Problem (Finally) Explained.  Pinker goes to great lengths to walk even the most skeptical through the probability of choosing the correct door and how it changes in the game, but admits that even then some great mathematical minds hold out and don’t agree.  He then offers the explanation to why … “People’s insensitivity to this lucrative but esoteric information pinpoints the cognitive weakness at the heart of the puzzle: we confuse probability with propensity.”

Per Pinker, propensity is the disposition of an object to respond, behave, act in a given way; and, we have human intuition about those ways. Borrowing Pinker’s example … you may sense that bent tree branch tends to spring back.  “A propensity cannot be perceived directly (either the branch sprang back or it didn’t), but it can be inferred by scrutinizing the physical makeup of an object and working through the laws of cause and effect.” Continuing to think about it, a drier branch may snap rather than spring back; we know this too.

In contrast to propensity, probability can be updated with every tidbit of information … it’s not just the knowledge about the physical properties of the tree branch or past experience with tree branches that matters. Pinkers posits that probabilities are not about the World but rather about our ignorance of it; reduction of ignorance, or resolution of uncertainty, changes the probability.

In 1959 Karl Popper told us in his paper titled “The Propensity Interpretation of Probability” in the British Journal for the Philosophy of Science that “… mere possibilities could never give rise to any prediction.”  So with that one phrase, our loose use of probability as interchangeable for the forecast for rains this afternoon went out the window.  Pinker also tackles the forecasting problem and highlights a whole slew of challenges we, as humans, face when taking probabilities of outcome and making them into forecasts of X, Y, or Z occurring.  Pinker’s explanation that the easier something is to visualize the more likely it seems to us rings true, but is concerning (especially on the heels of a conversation about probabilities and our challenges with using them correctly in even simple games). Yet his point about forecasters often presenting vivid narratives, “probability be damned” also strike a chord … and throws us back to some of our original concerns about data driven decision making in a World where everything is just math.  Bottom line, the probabilities are known in some cases, and even in those cases, we fail to see the optimal path and/or fail to follow it, even if we think we can see it.  Don’t believe me, revisit Why You Should Always Switch: The Monty Hall Problem (Finally) Explained. The sooner we appreciate this, the sooner we can move towards actual data driven decisions, assuming that is something that we want to do.