Progress is Required; Consensus is Not

This work is the product of the collaboration on Against the Odds: A Path Forward for Rural America by Bruce Vincent, Nicole Olynk Widmar and Jessica Eise. 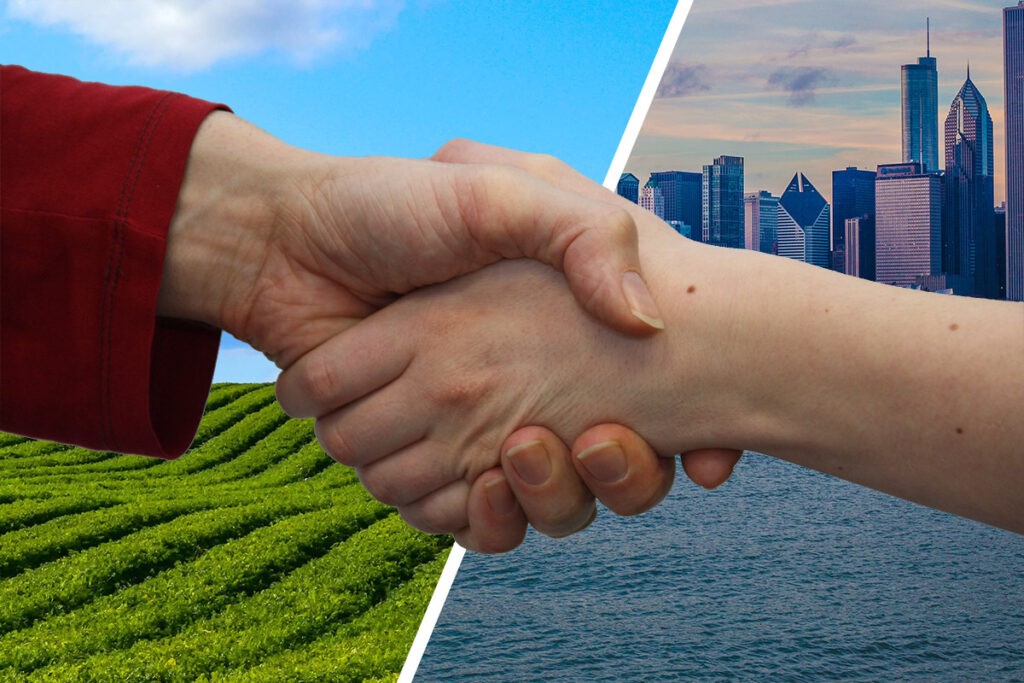 During emotionally, politically and socially troubled times, it seems that individuals’ social graces fall away and people become entrenched in ‘what’s right’ with a growing sense of honor attributed to an unwillingness to bend to ‘the other side’. Language like, “You know those crazies” somehow becomes more acceptable than careful, politically correct verbiage, as if attempting to remain civil is conceding before the ‘real fight’ begins. In reality, which is plainly obvious at this point, name calling and the unending pursuit of ‘winning’ leaves everyone a loser in the sense that no one experiences any measurable progress. This acknowledgement requiring societal progress in spite of disagreement is not new, and it was a point of many months of conversation with my friends Bruce Vincent and Jessica Eise while writing Against the Odds: A Path Forward for Rural America. I offer the beginning of our Chapter 16: You Don’t Need Consensus for Progress, which I find ever-applicable in agricultural and natural resource industries, but also increasingly applicable in our society as a whole. I believe we could all stand a reminder at this time – you don’t need consensus for progress, but with all that people have been through in 2020, a path to progress is absolutely necessary at this point, agreement or not.

There’s one really easy way to get others to agree with you and see things your way. In fact, it’s no challenge at all to get them to corroborate your views and support your causes. How do you do this? Simple. Only talk to those who already hold the same beliefs as you!

As we learned the hard way in the Timber Wars, when it comes down to it, we seldom even try to communicate with those holding opposing views, dissenting beliefs or different visions of what is right or good. And even more rare is trying to truly understand and grasp the significance, importance or implications of what was communicated. Being honest, how often do we communicate with “the other side” in order to exchange ideas or build understanding? Most of the time we just want to explain to them why we are correct, why they are incorrect, or both.

Communicating and understanding is hard. We frequently disparage people for going overboard on ‘political correctness.’ However, what if two parties come together for the purpose of communicating their stances on sensitive topics? There’s the very real possibility that an insensitive slip of the tongue by one side permanently severs the lines of communication.

The need for carefully chosen words so as not to offend the opposing party, even if their views and beliefs differ significantly, is criticized in popular media today. But we would do well to remember that insults, hurt feelings, an undying commitment to being right and the sense that we don’t need to care about anyone else’s view has resulted in the very situation we faced.

“Well, if we could ever get the crazies to listen.” Or, “You know those nut-jobs.” Or, “You need to explain it to those morons who think that …” We shouldn’t be surprised that when we use such language to describe other human beings, those other human beings do not feel any increased desire to understand our point of view. Stated bluntly, what did you expect?

History has shown us few cases of people understanding and respecting dissenting views without seeking to change the opposing party or “win” somehow. Yet do any of us, any single one of us, enjoy being forcibly convinced of a viewpoint that we don’t agree with? That’s not a conversation anyone wants to participate in, because it’s not really a conversation.

The lack of productive conversation is usually acknowledged by both parties. If there’s no agreement to be had, why should I make the effort? A person shows up ready to defend, if they even show up at all. So where does the failure to communicate and understand come from? Is it because it’s actually unlikely? Or is it because we’ve already discounted a chance for real communication because we know, before even giving the other side a shot, that we will refuse to change our own position?

So then we show up for the spectators. We show up ready to convince the spectators that we are right, and the other side is wrong. Or perhaps that they are incorrect, misguided or downright evil. It depends on the situation, right? Choose your label.

Given the broad audiences that exist on social media, and how easy it is to communicate to large audiences through such channels, under the guise of a ‘discussion’ two opposing parties’ communication devolves into a spectator sport in which both parties try to “win supporters” at the expense of the other side. There’s no real exchange of ideas or viewpoints taking place. Perhaps some points are made here or there, but there’s little potential for progress. Understanding the views of others, particularly those in sharp dissention, does not happen by accident or as a byproduct.

All the communication in the world won’t mean anything, however, if it is blocked by intolerance. If a person is unwilling to accept someone else’s views, beliefs or behaviors simply because they are different form his or her own – it’s just intolerance. But intolerance is generally the second barrier, because to get there, you have to be communicating with one another to begin with (not at one another). Yet if upon becoming aware of a person’s dissenting views you choose to ignore them, discount them or find ways to convince yourself that they’re ‘wrong’? Again, it’s just intolerance.

An unwillingness to accept different views is sometimes seen as a natural extension of our human desire to protect ourselves, and our desire to protect our view of ourselves. But we need to get over that. Refusing to accept dissenting views creates barriers. It just resets the cycle: lack of communication, intolerance, refusal to accept. Are we so fragile that we must protect our sense of self so vigilantly that we can’t even attempt to understand why someone else feels a certain way?

When we set out to talk to someone on the other side of an emotionally charged issue, especially one that challenges a closely held moral or ethical beliefs, chances are high the conversation will end with two disagreeing parties. Even if the intention of the exchange is to explain and willingly attempt to understand what is being communicated in return, the other party may not change their views dramatically. There’s no guarantee that just because someone listens and understands you, they will take to your side.

Say there’s a group that believes that the waters running through a specific river tributary need to remain untouched and protected from any human intervention. Another group believes the waterway should be diverted for the building of an energy generating dam. Those opposing the project feel the waterway is so beautiful and pristine, destruction would violate their basic principles as stewards of the land. And if it’s someone’s hometown park or nearby favorite hiking trail, the place where they hiked and fished with their now deceased grandfather, the disagreement over altering that waterway may be so emotionally charged that no amount of sharing dissenting opinions would alter their stance. Or maybe even the waterway is particularly important to a specific species of fish, and if someone were so committed towards the survival of all species in the area, then perhaps no amount of discussion or sharing of dissenting views would alter their stance.

So what’s the point then? Well, lack of progress is often blamed on the inability to convince someone else that you’re ‘right.’ But consider the potential for progress even if there is disagreement. Progress does not require consensus. We don’t have to all agree with each other on everything. We won’t, anyway. That’s unrealistic because we’re all different, with different life experiences and backgrounds and principles. But we do have to be willing to understand and accept the views of others, even if we don’t agree. That means beating back the real enemies: ignorance, intolerance and an unwillingness to accept different views. It doesn’t mean changing our minds, ditching our morals or agreeing with everyone.