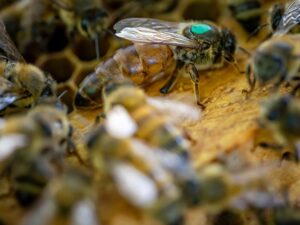 In a previous Consumer Corner, I discussed my personal foray into beekeeping. Last summer, I was challenged professionally to change the way I thought about decision-making with limited data. This year, I was challenged to think about leadership. Swarming (for bees) is a natural process where some members of the hive leave with the original queen to find a new home. The bees that are left raise a new queen and keep on going with their bee lives. The swarm flies around resting different places while scouts go look for a new home. The cost of bees has gone up; purchasing bees from another beekeeper can range from $100-$270 dollars. At those prices, it becomes clear why beekeepers are interested in catching these swarms of free bees looking for a home, even if they have unknown origins, genetics and temperament.

You may recall, I caught several swarms of bees in the tree in my front yard last summer. I kept one of these swarms and established a new hive. Going into fall, I felt good about my new, free-to-me bees living happily in their pink hive. They seemed gentle enough and were off to a good start. Both of my hives made it through the winter, and I was hopeful for a honey-filled summer. As an economist, I should have known there is no such thing as a free lunch.

When I opened the hives this spring, I quickly realized the swarm hive was very, very aggressive. I was stung through my suit 15 times, and my poor husband (who has been drug into this hobby) was stung 17 times. Bees sometimes do not show their true nature until they have resources to protect. Since they were from unknown stock, their fall behavior wouldn’t necessarily last as the population grew. We needed a plan. 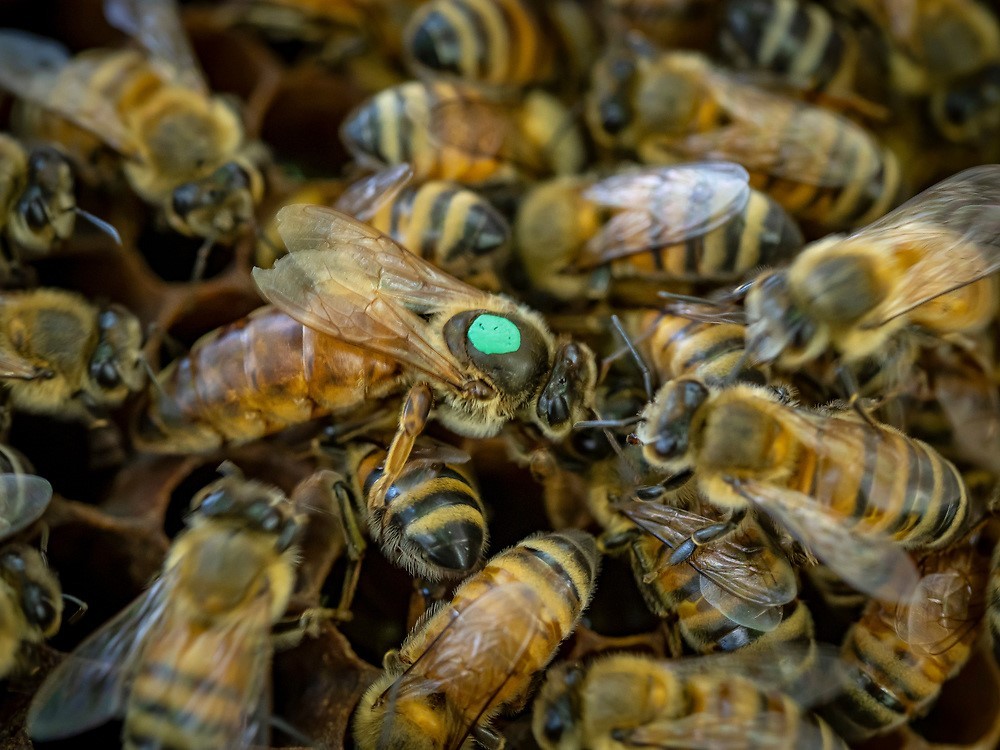 There are three types of bees, the queen (there is only one), workers (all female and the bulk of the population) and drones (males). Fun fact about male bees — they do absolutely no work in the hive. Their only purpose is to go out and breed virgin queens. Going into winter, the females literally throw the baby boys out of the hive to save food, but I digress; all workers and drones are the sons and daughters of the queen. The queen’s genetics, which determine attitude, affect the entire hive. To state it simply: I had a mean queen, so I had a mean hive of bees.

The answer to my problem was to replace the evil queen with a gentler queen with known genetics and wait. After a couple of months, the majority of the evil queen’s offspring would have lived their life, leaving only the gentle offspring of the new queen. After just two weeks, I was shocked at the behavior of the bees. They were still aggressive, but they were not angrily flying at my face. The new queen was already changing the behavior of the bees through her pheromones. I will admit, the aggressive bees were extremely productive. There’s an old wives’ tale amongst beekeepers that aggressive bees make more honey. But at what cost?

This whole experience has made me think about leadership amongst humans (in addition to bees). Is the leader’s bad attitude actually changing the attitude and culture of the group? Even if the group is being productive, is the attitude destroying relationships and hurting you in the long run? I replaced a productive, but destructive, leader to improve my long-term success (and stay in the good graces of my neighbors). It may not be as cut and dry in your organization, and obviously you can add training or discussions before going to extremes, but for me and my evil queen (bee, that is), the only answer was off with her head!