The ‘Truth’ About Gluten

Is gluten bad for you? At one point there was evidence that some non-Celiac patients experienced irritable bowels when consuming gluten. However, further studies showed this is not the case. The medical profession is currently unclear whether gluten sensitivity is an actual condition for some people, yet in surveys, 15% of Americans claim to be gluten sensitive. Moreover, while the medical profession does not consider foods containing gluten to be less healthy for the general population than their gluten-free counterparts, 23% of Americans believe that part of maintaining good health is avoiding gluten. People even report successfully losing weight on a gluten-free diet when there is actually nothing about eliminating gluten that should imply weight loss. 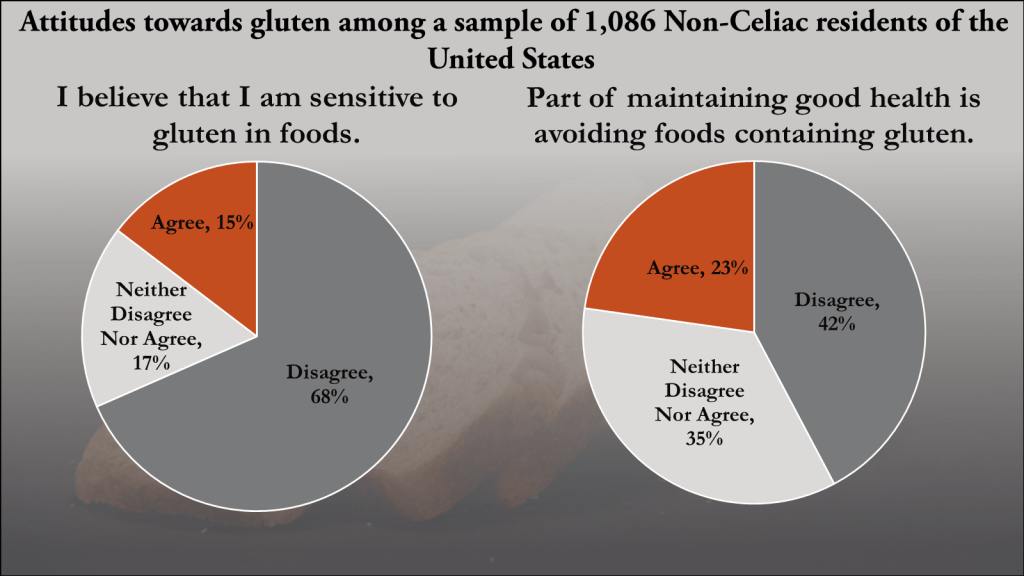 Figure 1. Attitudes towards gluten, as held by a representative sample of 1,000 U.S. citizens.

This must be frustrating to food companies. Gluten — a combination of two intertwined proteins — has been a major source of food since the Neolithic age. So pivotal is its role in western civilization that it has played a leading part both at the dinner table and in religions. The Sumerians believed wheat was given to them by the goddess Ashnan, and the Greek city of Eleusis believed their wheat was given by Demeter. The meaning of the word ‘lord’ is Old English for ‘the man who gives out bread’. Religion in western civilization has changed much over the millennia, but one thing that has not is our reliance on food made of wheat, rye and barley.

The search for ‘truth’

Why are so many people turning their backs on this delicious, nutritious and time-tested food source without any scientific evidence for doing so? One could just as easily ask why the Sumerians believed a goddess gave them wheat, and the answer is found in how truth is sought. Philosophers have many definitions of truth. One of the more popular ones is the Correspondence Theory of Truth, which [roughly] says something can be deemed true if it is consistent with objective facts. This is the model of truth producers of gluten-free foods employ when arguing that gluten is not unhealthy for non-Celiac patients.

However, it only takes a modicum of reflection to recognize that we cannot rely on the Correspondence Theory for all our decisions. Instead, most of us employ the Pragmatic Theory of Truth in our day-to-day decisions, a theory that allows a statement to be considered ‘true’ if it is useful. The Sumerians presumably invented the myth of Ashnan giving them wheat because it was useful, perhaps facilitating social cohesion. Likewise, a consumer might benefit from falsely believing gluten to be unhealthy. Let us explore why.

The pragmatics of a gluten-free diet

The typical American diet is generally considered unhealthy for a number of reasons. We do not have enough diversity in our diets, we don’t eat enough vegetables and our foods are excessively high in sugar and low in fiber, just to name a few. While gluten itself is not unhealthy, it tends to play a prominent role in many unhealthy foods. Fast food burgers are made with bread from white flour, and while that burger itself could be part of a healthy diet, a diet consisting of mostly burgers is not healthy. Cookies, doughnuts, crackers, cake: they all contain gluten, and we are told to eat less of these foods.

Now consider what happens when a person decides to go gluten-free. Chances are, they are doing more than just eliminating gluten from their diet. Eliminating gluten is difficult because it is in so many food products, and doing so requires a more intentional attitude towards food. While the gluten-free convert may have formerly paid little attention to what they were eating, they now pay careful attention to ingredients. Thus, they are paying more attention to the sugar content, the fiber content and the like. Anything that makes people think twice before they eat something delicious may improve health. They feel better, and though gluten had nothing to do with it, they attribute it to a gluten-free diet.

Most food products containing wheat use white flour, which is lower in fiber than whole wheat flour. Gluten-free products containing grains tend to be made with more unusual grains like buckwheat, teff and quinoa. Flour from these grains typically use the whole seed, providing the food with more fiber. Moreover, their inclusion provides a nice source of grain diversity compared to the typical American who consume wheat grains almost exclusively. Or instead of seeking alternative grains, they substitute vegetables, like using a cauliflower pizza crust. While the gluten in the pizza crust was not unhealthy, its replacement with vegetables does improve health. So again, the person feels better, and though gluten had nothing to do with it, they attribute it to a gluten-free diet.

“Whenever you feel shitty, that’s cause of gluten … Gluten’s a vague term … It’s something used to categorize things that are bad, you know? Calories, that’s a gluten. Fat, that’s a gluten.”
—Character played by Seth Rogen on the comedy movie This is the End.

As a person seeks to improve their diet, they are likely making other behavioral changes as well like starting to exercise. By now, you’re getting the point: they feel better, and though gluten had nothing to do with it, they attribute it — at least partly — to a gluten-free diet.

Is this an irrational attitude towards gluten? On the one hand, yes, as it confuses correlation with causation. On the other hand, the belief that ‘gluten is unhealthy’ led to improved health. After all, people are regularly avoiding gluten without really knowing what gluten is. Before you mock them, think about how many of your beliefs are held not because of their scientific validity, but because of their usefulness.

Where do you get your information?

This is perhaps why consumers often get their health information from sources that can, from a scientific perspective, be unreliable. I recently conducted a survey of over 1,000 Americans asking them the impact they believe certain events would have on a hypothetical other person’s opinion about gluten-free diets. The results are shown below. Not surprisingly, an unpleasant eating experience and a doctor recommendation is projected to have the largest impact. However, hearing a friend or an attractive person say good things about a gluten-free diet has a larger impact than reading about a new study, suggesting that people are so accustomed to contradictory studies about food and health they would rather rely on the personal advice of friends. Social media is thought to have a moderate impact, and even learning that January 13 is the official Gluten-Free Day (the least impactful) has more than a small impact. This demonstrates the wide array of information sources people use to make dieting decisions, much of it deemed ‘true’ because it is useful, even if scientifically untrue. 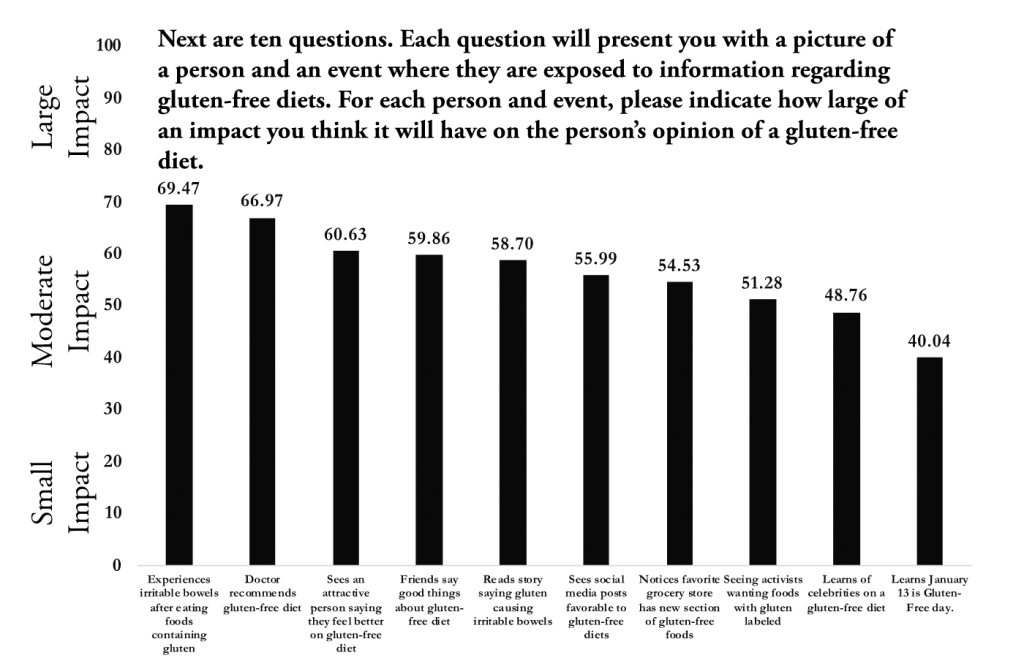 Figure 2. Predicted impact of various information signals about gluten in a representative sample of 1,317 Americans

A food manufacturer cannot make consumers believe a scientific truth, especially since they often refuse to believe scientific organizations like the Center for Disease Control. What they can do is learn to pivot on the pragmatic truth while honoring the scientific truth. For example, gluten is seen as unhealthy to some because they have seen documentaries saying modern wheat breeding is ‘industrialized’, but there is nothing to stop a company from defending modern wheat while also selling flour made from heirloom varieties.

Consumers are not irrational for believing something is true simply because the belief is useful. What is irrational is for a food company to not cater to these beliefs.