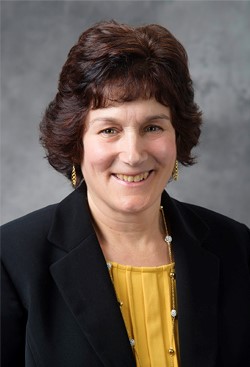 Recently, I read a New York Times commentary by David Leonhardt entitled Politics as a Lifesaver. This commentary made a reference that led me to Steven Johnson’s How Humanity Gave Itself an Extra Life article in the New York Times Magazine. Johnson’s article is a fascinating lesson on how scientists develop technical expertise, but it is the ability to persuade the community through political and social mechanisms that really influences and changes society, which is extremely relevant to many of today’s critical issues.

Excerpt from Politics as a Lifesaver

“I wanted to highlight Johnson’s essay, because I think it sheds light on many of the world’s biggest challenges today, like Covid and climate change. On their face, they might seem to be technical problems. In truth, they are more political than technical.

“Scientists have already invented amazing Covid vaccines; the question is how quickly the world can produce and dispense them. Scientists have also developed technologies that produce energy with relatively little pollution. Yes, further technical progress is important, but the bigger question is when political leaders and voters will decide to prioritize the fight against climate change.

“A similar dynamic also applies to many big economic questions. There isn’t a big mystery about how to reduce inequality and lift living standards for most Americans. Raising taxes on the wealthy, which are historically low, and devoting the money to everyone else would make a real difference. But that doesn’t mean it will happen.

“Americans sometimes like to dismiss politics as a grubby business that is disconnected from the things that really matter — science, health and everyday life. And while politics certainly can be grubby, it also remains the most powerful mechanism for human progress.”

Everybody Lies: Big Data, New Data, and What the Internet Can Tell Us About Who We Really Are

There is a data set ‘out there’ that knows more about us than surveys or social media (or even our friends!?) could ever hope to know. It’s that little bar into which we (apparently) type our deepest secrets, even the really really unflattering ones … the stuff that would (and should) make other people recoil if they saw you type it. And they certainly wouldn’t hear you say it out loud, because you know better than that. What is this little bar we’re talking about, the one in the middle of your screen just begging to receive the questions you wouldn’t dare ask another human? It’s the Google search bar and the resulting Google search data.

We talk a lot about data-driven decision making on Consumer Corner, because there are many good reasons to use data to make business decisions. The problem is that when we become data-driven, we face a few unfortunate truths, which we explored in great detail in our letter Don’t Eat Random Mushrooms.