Media About You Is Happening With or Without You, Agribusinesses 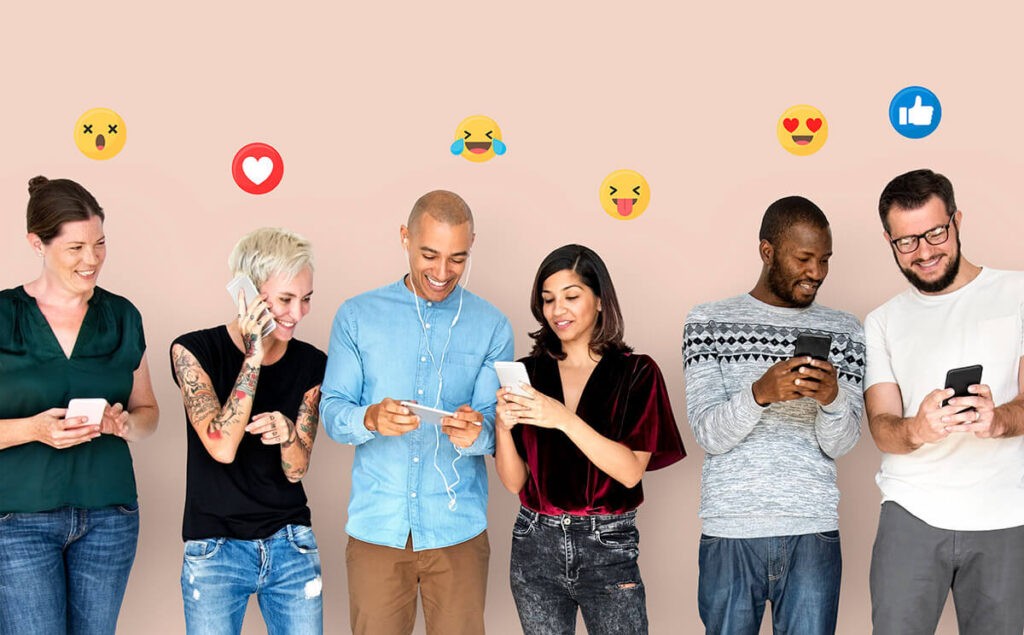 You didn’t do anything wrong, but media about you is still about you, and it still matters. Certainly in 2021, we are aware of the rampant mis- and dis-information out there. It doesn’t have to be patently incorrect to be unflattering though. For example, Disney World did not play a prominent, if any, role in the 2016 election, but it is in Florida; thus, media linked Mickey Mouse to politics, effectively tanking online sentiment about Disney World for a short period. Regardless, you want (and need) to know what is being said by, about or near you and your industry (and maybe even your competitors). On February 1, 2021, we released results about five top seed industry agribusinesses from our own online media analytics research. The core of those findings revolve around movement in volume (mentions) and net sentiment over time. 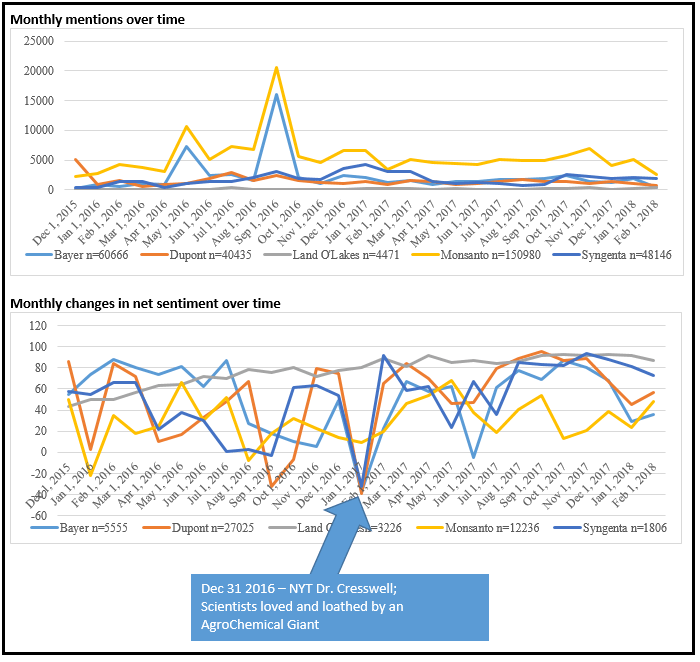 There are a few more abrupt drops in net sentiment without increases in volume, namely Monsanto (now owned by Bayer) in February 2016 and August 2016, Syngenta in September 2016, DuPont in September 2016 and Bayer in June 2017. These drops are not related to the mergers or the New York Times article, rather, they are reflective of other media activities. Briefly scanning chronologically:

These documented relationships between ‘real world events’ and changes in social media volume and net sentiment suggest that agribusinesses and related agricultural industries could potentially glean insights/additional information from conducting social listening analysis to aid in managing their public relations. When social media sentiment turns downward, it can be helpful for the impacted industries/firms to know precisely what is driving that change. It is crucial for the firm to elucidate an incident or press event to recover its brand perception and defuse situations in a timely manner. Considering how social sentiment can often reflect reality, it is highly recommended that agricultural companies consider active social listening as one of their tools to maintain and strengthen brand image by effectively communicating with people.

Conclusions and Implications for Agribusinesses

Social media use overall has been increasing, yet penetration in agribusinesses has lagged behind even other B2B industries. Nonetheless, there is a large volume of untapped data which could be analyzed to provide insights for agricultural firms. Particularly when a serious public relations issue happens, figuring out how fast and perhaps why something ‘goes viral’ may provide brand management opportunities. Improved surveillance could help communicators in agricultural industries glean valuable insights/information about their public relations and respond to concerns in a timely manner.

Credibility of social media analytics results depends on search terms, sentiment analysis, slang or vernacular, and the level of aggregation in collected data. If net sentiment is mostly driven by continuous complimentary posts by companies themselves, for example, taking the positive sentiment as a signal of customers’ views may conceal true information because negative content is normally generated outside the company. Monthly averaged sentiment may also be misguiding if there is another incident happening in a certain week or a day of the month considering the fast-changing nature of social media data.

Agricultural firms can draw broader but insightful and timely inferences from sentiment about themselves even from the aggregated data collected from social listening, which complements traditional methods of measuring customer opinions, such as surveys and focus groups. As online media data becomes more commonplace and multi-source datasets are amassed, analysis beyond descriptive is possible. Additional analysis based on data which is more disaggregated on time, venue, ownership, etc. will make it possible for social listening strategies to be used to their full potential for firm or brand-level management.