We Eat Oysters, so Why Not Crickets?

As the periodical cicadas emerged from the soils of the northeastern U.S. after their 17th year underground, some people came to observe, some came to study and some came to eat. Recipes were shared online, eating experiments were conducted and at least one restaurant started serving cicadas in tacos (and soon encountered a run-in with the health department!). Entomophagy (the eating of insects) is a rarity in today’s U.S., but the recent interest in cicadas suggests attitudes may be changing.

Was this just an anomaly, or do insects have a real chance at establishing a stable market share of food? We recently addressed this question by surveying over 1,000 Americans to gauge their willingness to consume cookies and shakes made from cricket powder. While insects may currently possess a ‘yuck’ factor, a number of other foods with the potential for disgust have overcome the hurdle and become standard foods. Take oysters, whose appearance and texture resembles a giant ball of snot!

Our survey deliberately sought to juxtapose the ‘yucky’ side of oysters (a standard food) to insect-based foods, and then ask about individuals’ willingness to consume shakes and cookies made from cricket powder. In other words, we are saying, “Consider how ordinary these cookies made from crickets look, and consider also the fact that oysters — a regularly consumed food item — resemble mucus. How likely are you to consume oysters and crickets now?” This provides a snapshot into how Americans might view insect-based foods once it is acknowledged that people already consume products with the potential to generate disgust.

The figure below shows the questions consumers were asked and the survey results: 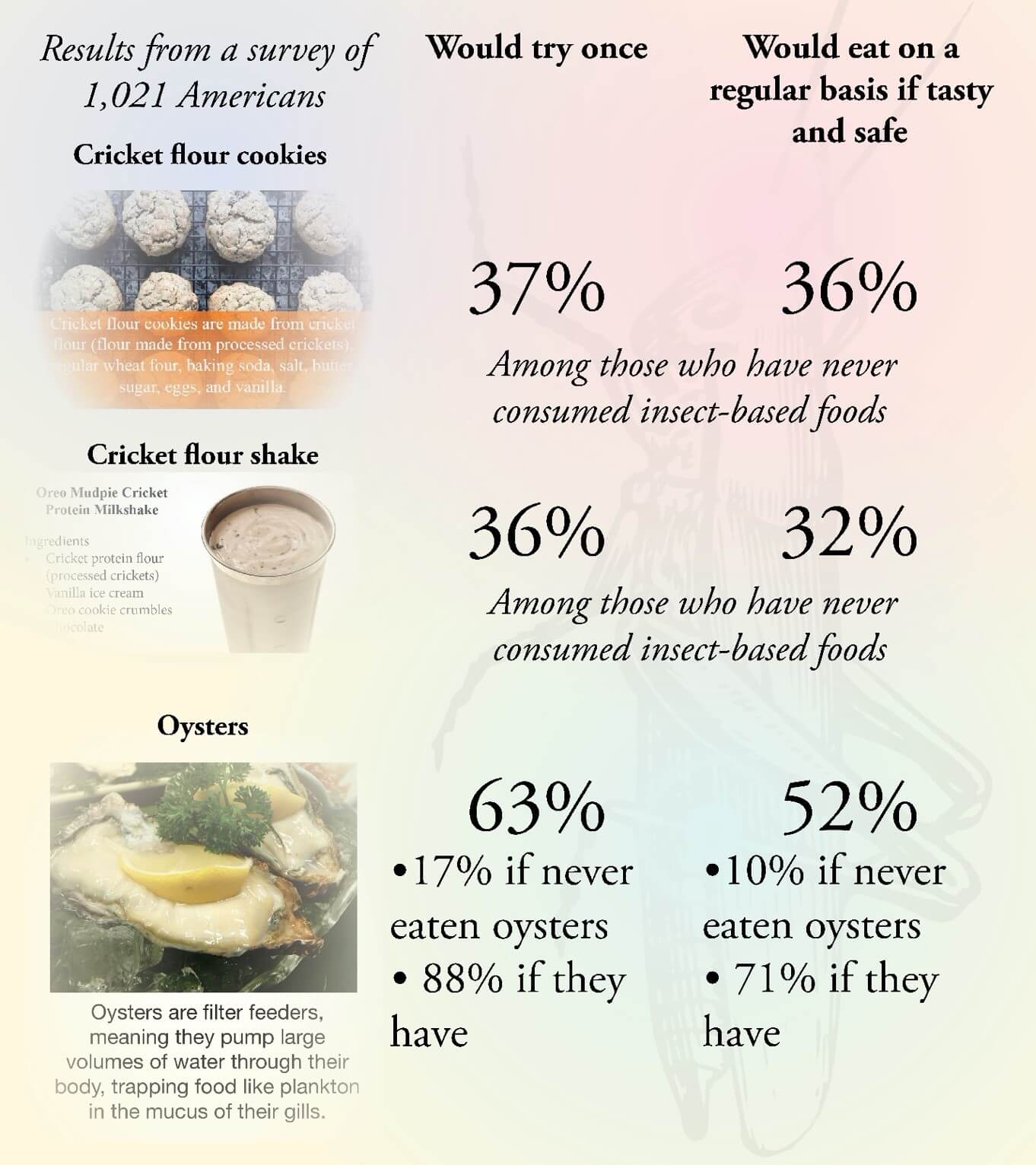 The take-away is this: If oysters can become a regularly consumed food item in the U.S., so can crickets!