This week’s Consumer Corner letter is based on the recently published (December 6th, 2022) article: Jung, J., Widmar, N.O. & Ellison, B. The Curious Case of Baby Formula in the United States in 2022: Cries for Urgent Action Months after Silence in the Midst of Alarm Bells. Food ethics 8, 4 (2023). Open/Freely Available Access to the Journal Article Available HERE

You have undoubtedly heard about, experienced, witnessed or participated in the uncertainty and ultimately panic of the recent U.S. baby formula shortage. While you may have spent your 2022 summer road trip scouring out-of-town shelves for friends’ formula needs (or attempting to meet your own baby’s formula needs!), what you might not have realized was that months before the May and June 2022 panic, there were warnings (alarm bells, one might say) which went unheeded.

Adapted from Fig 1. from: The Curious Case of Baby Formula in the United States in 2022: Cries for Urgent Action Months after Silence in the Midst of Alarm Bells 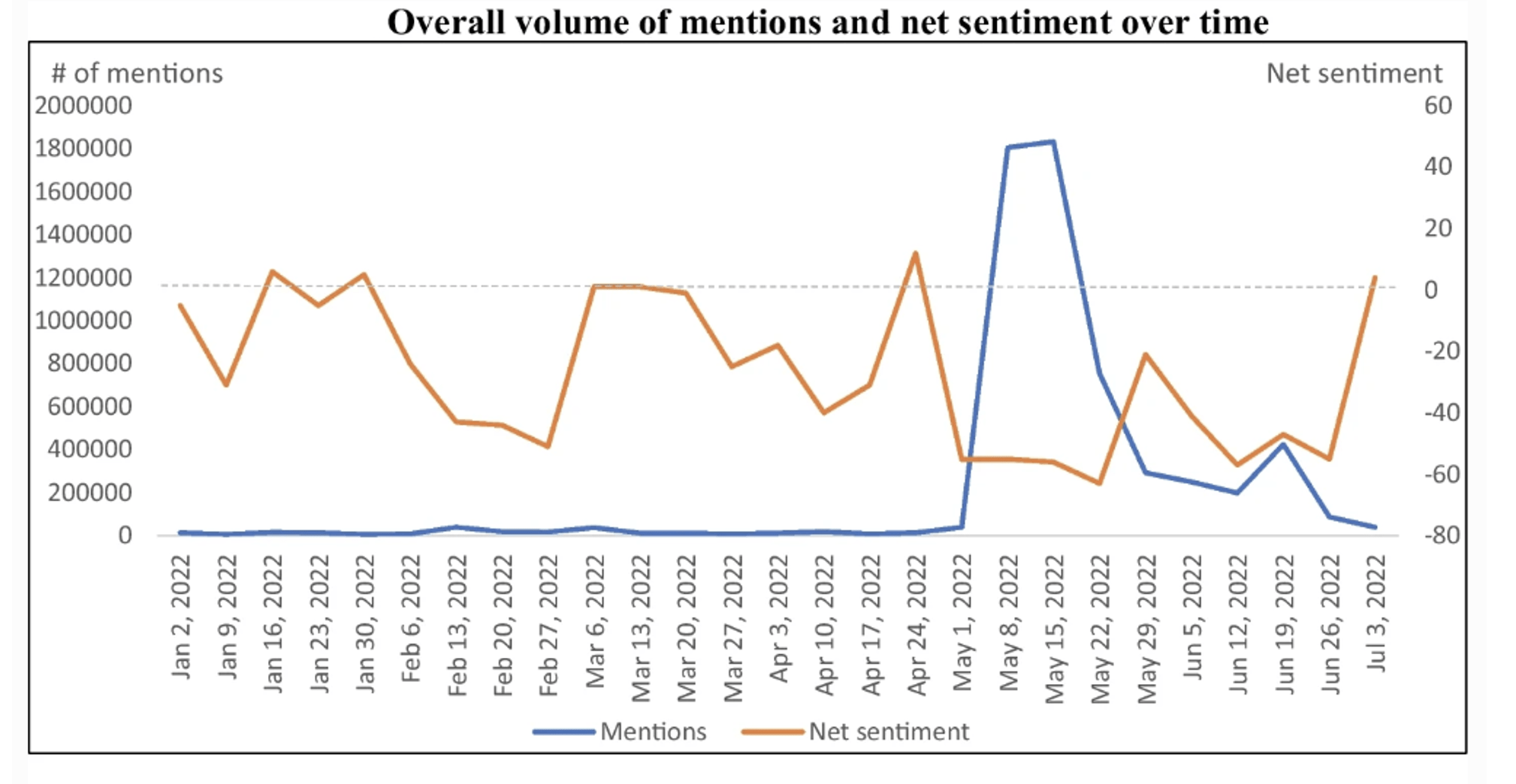 In February of 2022 there was a voluntary recall issued; the FDA announced the recall and released information to consumers about how to identify recalled products (FDA recall document). However, there was not significant uptick in online media about infant formula until May 2022, and, even then, the sudden attention on baby formula dissipated within three weeks, despite a continuous rise on out-of-stock rates in late May through mid-June. Shortages of formulas continued into the fall of 2022, although media attention continued to lessen over time. This rapid fall in media attention even while threats persist (or increase) has been documented for #Mosquitoes and attention on #NaturalDisasters prior. The deterioration of online media attention while threats persist is a known phenomenon. Yet, in this case, one may remain surprised to learn that the first public recognition of the threat was woefully late, and public attention fell rapidly even as physical product shortages were still being widely faced.

As stated in the article, “The infant formula situation could have been somewhat mitigated if the supply chain warning in the FDA’s recall announcement would have been heeded by the public, related industries, and the government when the recall was first issued.” And “The lack of timely response, or even timely coverage and educational campaigns to help parents prepare, arguably worsened the panic when physical shortages occurred, seemingly without warning for many people.”

Given today’s rapid dissemination of information and rampant (over-) sharing on social media platforms, how was such an impactful recall largely ‘missed’ for months? These were valuable months that could have been used to be sure of supplies (if and where possible), or at the very least to inform and educate parents ahead of experiencing physical product shortages. Arguably, we need to learn, in a public policy and communication arena, from The Curious Case of Baby Formula in the United States in 2022: Cries for Urgent Action Months After Silence in the Midst of Alarm Bells.