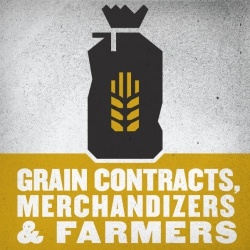 During our Ph.D years, Dr. Giri and I had unconditionally assumed that most crop producers are production and market savvy. Due to the nature of our respective research projects at the time, we never really got involved with extension activities, which would have exposed us to ground realities. After getting his degree, Dr. Giri headed off to the University of Central Missouri to begin his work as an assistant professor and it was there that he had the opportunity of directly interacting with farmers. It was his casual conversations with farmers about their business practices that became the foundation of our current research on dispute likelihood of grain contracts. Dr. Giri observed that farmers were constantly looking to increase their on-field production options and do not shy away from employing new technologies. However, they prefer to leave their cashflow worries with their accountants and the marketing to their grain merchandizers. Dr. Giri further elaborated that some farmers, despite wanting to forward contract, chose not to because they did not trust the merchandisers entirely.

At that time, I was still finishing my dissertation and was skeptical about this view. I internally reasoned that this situation was perhaps unique to Missouri. I thought that if farmers were indeed not in full control of their marketing, then that would create a fundamental problem in the profit maximization equation, that all of us as microeconomists hold near and dear to our hearts. However, when I moved from Nebraska to north-eastern Ohio last fall, it became clear to me that on-farm production and post-farming practices are seemingly correlated across states. I had the opportunity to talk to several farmers through the Ohio Farm Bureau and realized that few farmers developed their long-term marketing strategy themselves. Instead, they relied on advice from their accountants or merchandisers. Much of what Dr. Giri had discovered was also true for farmers here in Ohio.

During talks with accountants who were privy to the finances of several large and small farmers, we learned that few farmers chose to forward contract and the ones who did, were accepting of the terms offered by the merchandiser. We also came across anecdotal evidence where farmers had complained about merchandisers’ refusal to pay the full price of the contract due to quality considerations. We tried to examine the current literature to discover the extent of this problem but were surprised to see that little work had been done on this issue. Thus, we created a survey in consultation with the Missouri and Ohio Farm Bureau to elicit the dispute likelihood between farmers and merchandisers. Other control questions about individual characteristics were also included. Also, given the declining farm incomes in the past few years, we asked the respondents how they felt about the future of their operation. Most were cautiously optimistic.

Approximately 10 percent of respondents indicated that there had been some “dispute” with the merchandiser, at least once in a ten-year period. However, none of these “disputes” were resolved through arbitration, suggesting that these respondents had agreed to a reduced-price resolution. While 10 percent is not a large number, it still shows that farmers and merchandisers have not perfected contracts just yet.

While conducting the survey, we came across several small to medium sized farmers who declined to participate, since they did not forward contract. When asked specifically why they did not contract, the common response was lack of understanding of what a contract is and the associated transactions costs. It was disconcerting to see that a powerful risk management tool was not being utilized because farmers did not understand the basics of contracting. On the flip side, some farmers were perplexed about the “dispute” question, since they were all convinced that it was impossible for the merchandiser to not have the farmer’s best interest in mind. This revealed to us that several respondents share a close professional relationship with their merchandisers.

During the post-survey analysis, Dr. Giri and I concluded that more education should be provided to farmers about contracting so that they can optimize their marketing strategy. We intend to continue this line of work by exploring the possibility of creating workshops for farmers interested in learning about forward contracts.

Check out our upcoming programs and exceed your professional development goals! Position yourself to excel in your career by attending one of our professional development workshops. Each educational program focuses on different business topics and concepts related to the agribusiness industry you serve, including: marketing, sales, finance, talent management and strategy. Not sure which one is right for you? Let’s chat!

We watched as 2020 unleashed volatility on our food and agribusiness supply chains. In the fresh produce supply chain, disruptions impacted the seed industry, growers, shippers, wholesalers and retailers. While consumer behaviors and preferences also shifted during this time, shoppers continued to place importance on choosing grocery stores based on the availability of fresh foods — especially high-quality fruits and vegetables.